Lorna Kyle, the wife of funny-man and movie star, Cedric the Entertainer,  is not the typical L.A. celebrity wife. Don’t get me wrong, she’s got her Hollywood indulgences, but she’s extremely down-to-earth. After a missed time pregnancy, two C-sections, and one ovarian cyst operation, this self-proclaimed anti-stretch mark product junkie has had it.

“Finding out I was pregnant was, in a word, overwhelming. Cedric and I were only married two months, and this was not the plan. I wanted to enjoy marriage. I wanted to get it down pat, you know, get it right. Instead here was something that I didn’t get to fully Embrace, and at the same time, I’ve got this new thing going on. We wanted to travel abroad, and get pregnant when we came back. This wasn’t the plan and I was a little disappointed. After I spoke to my husband I snapped out of it. He was so loving and supportive. He has the power over me to say one simple thing that changes my feelings and gives me all the security I need. He told me this was a blessing. He said, “God gave us a blessing, ” and I embraced it from that moment on.

From there on in, I tried to maintain my usual athletic lifestyle. I’m really a big workout person. I grew up in a very athletic household and I was trying to be a world-class runner. I never pursued it, but that conditioning and training have always stuck with me. They cleanse me. I worked out with my trainer and did Pilates for both of my pregnancies. When my trainer was out of town, I did 24 laps a day in the pool – it was the only thing I could do by myself without sweating out my hair. With my first, my son Croix, I also did a lot of hiking on the trails of the Canyons in LA.

Cedric would say I had a serious drinking problem, meaning I was thirsty a lot and could down a large amount of liquid before he could blink. Besides that, I do pregnancy really well. People say they want to have a “Lorna pregnancy.” As a professional customer by trade, everything with me is a production – even pregnancy. And I’m a planner. For instance, I began using plastic sheets on my bed weeks before my due date just in case my water broke while I was sleeping. But I just love the feeling of being encompassed by birth, life, and love. It’s the most incredible thing you can do. It’s also scary because you don’t know what you will be like afterward. I’ve had my body to myself all those years. I know it well, but it was just strange not to know what my body would be like when it was all over.

Delivery and beyond is a different story for me. With my son, I was in labor for 27 hours, but I didn’t fully dilate. They gave me some Pitocin but it didn’t agree with my baby and I had to have an emergency C-section. I was a little disappointed. My baby was fine, but they noticed I had a cyst on my ovary. They watched it for 6 months and on the seventh month, after I had my son, they went back in to clean the ovary. I had a patient female doctor who saw the beauty in keeping it and cared enough to pull the layers back and preserve it. That was important to me because I didn’t have a problem getting pregnant again. But it was tough because basically I had two c-sections in one year.

With my second child, I wanted to attempt a vaginal birth, but I was concerned about the risk of a ruptured uterus. I don’t like C-sections, but at least I’ve done that before. I’ve never pushed anything out. So I said, “I like my uterus. It’s been good to me. I don’t want to risk it. Let me stick with that what I know.” I plan my c-section for the same birthday as my sister’s. She and my grandfather shared a birthday, but he passed away during my pregnancy so I wanted to do that for her. That went well, but again, I always get it afterward. After my daughter, Lucky, I was working out really hard to lose the weight. But I had this puffy area around my navel that just wouldn’t go down. After about six months, Cedric says something about it. So now I have to go to a doctor because you know when your man comments, you have to do something. The doctor said I had two hernias. I eventually found a reconstructive surgeon who did the procedure through my c-section incision so I didn’t have to have another scar. That was another post-baby drama.

During pregnancy, I obsessed about two things: avoiding stretch marks and my baby’s body parts. First of all, I am a product whore. I can’t get enough of them. When I was pregnant I bought everything on the market, from expensive creams to pure glycerin, and I whipped up my own recipes too. At night I prayed constantly for fingers, nail beds, a pancreas, and a nervous system. Please, God, let my baby have good veins. It kept me up at night.

Now I tell women, try not to worry, because it always works out. When you worry you put that stress on your baby and you don’t want that.” 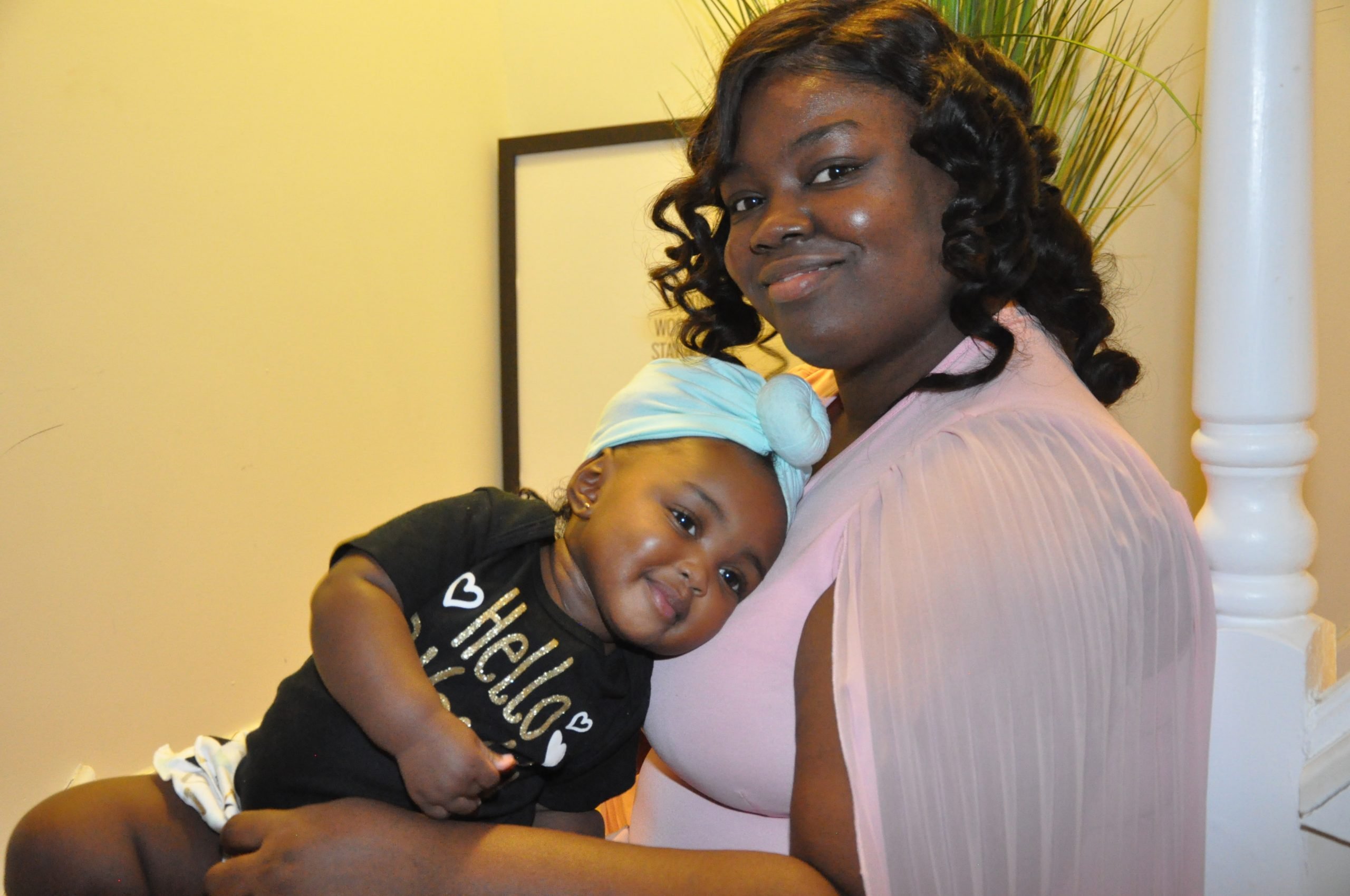